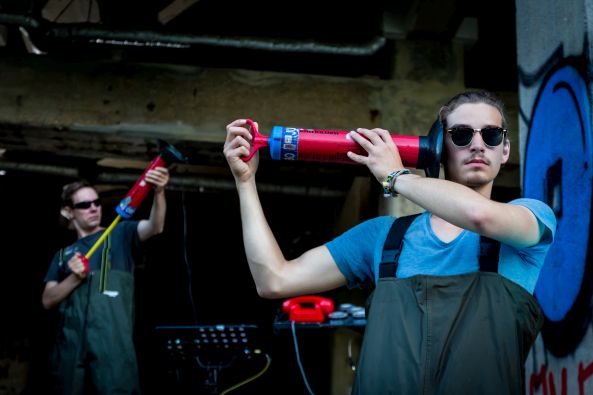 The Berliner Hörspielfestival (BHF) is taking place for the third time at the Akademie der Künste. The festival presents independently produced radio plays that experiment with narrative, documentary or sound art elements.

Over three days, radio plays from 60 seconds to 60 minutes compete for jury and audience prizes in five competitions. The audio play Dr. Slodti saugt ab – Eine Live-Reportage aus dem OP-Saal (Dr. Slotti sucks off - A live report from the operating room) by the multi-award-winning radio playwright Hermann Bohlen can be experienced on stage for the first time. The Ensemble Atonor will also be performing a live performance. Oliver Sturm's Gebetomat (prayer machine), an archive of more than 300 prayers in 65 languages of numerous faiths, will be an audio installation. In addition to competitions, there will be workshops and discussions on media policy.

All radio plays at the festival are free productions, independent of public broadcasting or audio publishers. Free from economic constraints and format specifications, they offer a diverse mix of sound art form. 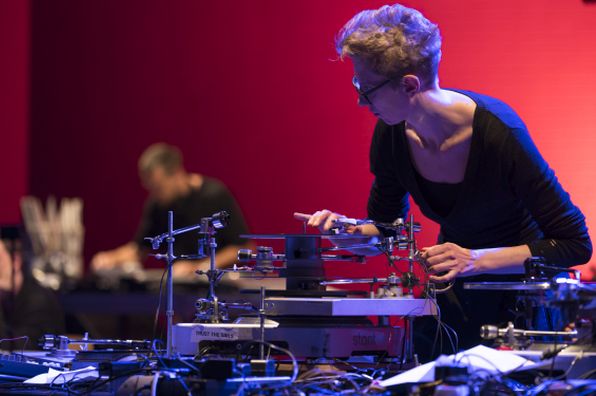 In September 2022, the Studio for Electroacoustic Music of the Akademie der Künste is staging the KONTAKTE festival for the fourth time. With first and repeat performances, the festival covers a multi-faceted spectrum of current art trends and developments in the field of electroacoustic music and sound art. Over five days, the entire Akademie building on Hanseatenweg will be the venue for concerts, performances, sound installations, lectures and workshops. KONTAKTE '22 illuminates fundamental aspects of electroacoustic music, art production and reception.

The festival continues its productive collaboration with the Month of Contemporary Music in Berlin and is increasingly working with artists from the independent scene in Berlin as well as from German-speaking countries and elsewhere, such as ensemble mosaik, Lange//Berweck//Lorenz, the Trio Pony Says and the Female Laptop Orchestra. This year, a multitude of new works produced in the Studio for Electroacoustic Music are again being supported and will be presented at the festival.

Once again, collaboration has been arranged with the Institut für Neue Musik KLANGZEITORT, Berlin University of the Arts, the Hanns Eisler School of Music, the Technische Universität Berlin and the Deutsche Gesellschaft für Elektroakustische Musik.

The festival is being sponsored by the Senate Department for Culture and Europe of the Land of Berlin. 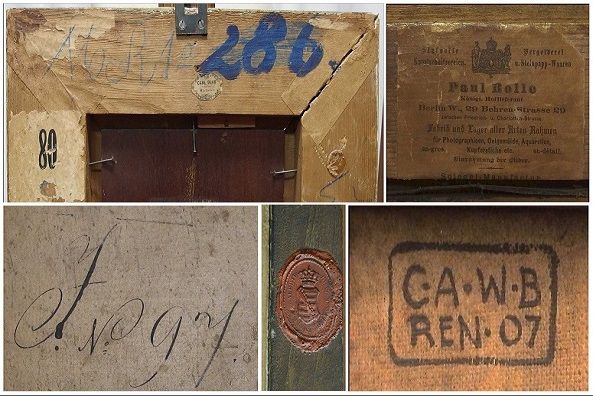 Provenance notes on the backs of examined paintings from the art collection © Akademie der Künste, Berlin

What impact did the National Socialist dictatorship, the Second World War and the division of Germany have on the ownership history of art works, books and cultural assets? How did these items enter public institutions? What are the obligations inherent in owning art? The Akademie exhibition "Proveniance Research", on show at Pariser Platz from 29 October 2022 to 22 January 2023, investigates these questions. The point of departure is new findings about the origin of objects in the collection of the Akademie der Künste. These include dispersed manuscripts of the philosopher Walter Benjamin, art critic Alfred Kerr's library confiscated by the Gestapo, oil sketches by Carl Blechen hitherto believed lost, and Otto Nagel’s collection of paintings which entered the collection during GDR times. In a contemporary intervention, the artist Marianna Christofides will address works in the exhibition.

In addition to insights into the detective methods of provenance research, the exhibition focuses on the identification of Nazi looted art in the Akademie’s possession, the search for the collections of the Prussian Akademie der Künste lost during the Second World War, the recovery of artworks and a critical appraisal of the efforts of the East German state apparatus to gain possession of marketable art objects and iconic collections. The exhibition is accompanied by a programme of events with rounds of discussions, a wide range of educational activities and a publication with in-depth essays and biographies of the works.